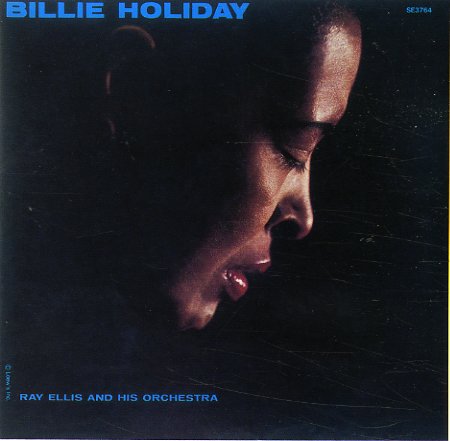 Billie Holiday's last recording – and a really beautiful little set that's a perfect cap to her all-too-short career! The album's got a style that's similar to the better-known Lady In Satin album – with backings from Ray Ellis that are a bit more lush than those used during the Verve years, but which also provide some much-needed focus to the music too – a quality that's still strongly jazz-based, but almost seem to refresh Holiday's singing a bit. Make no mistake, Billie's definitely in her later years here – but that also makes for an instantly heartbreaking quality too – a mode that's distinctly Holiday all the way through, with echoes of her hardship throughout most of the tunes. Soloists include Gene Quill on alto, Sweets Edison on trumpet, and Jimmy Cleveland on trombone – and titles include "All The Way", "Don't Worry 'Bout Me", "Sometimes I'm Happy", "Deed I Do", and "All Of You".  © 1996-2022, Dusty Groove, Inc.