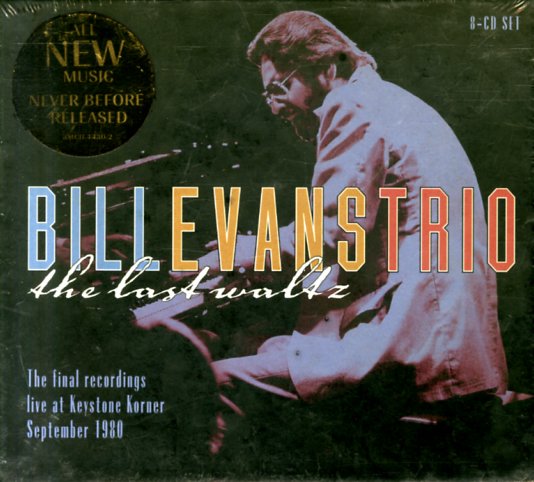 The final run of shows from Bill Evans, recorded at San Francisco's Keystone Korner just days before his passing. The group is a trio – with Marc Johnson on bass and Joe LaBarbera on drums – and together they work through a wide ranging set list of standards and originals by Evans. Tracks include "Re: Person I Knew", "Someday My Prince Will Come", "Turn Out The Stars", "Nardis", "But Beautiful", "Letter To Evan", "Emily", "Polka Dots And Moonbeams", and "My Foolish Heart" – hours of material and a fitting testament to an incredible artist!  © 1996-2022, Dusty Groove, Inc.
(Out of print and in great shape!)