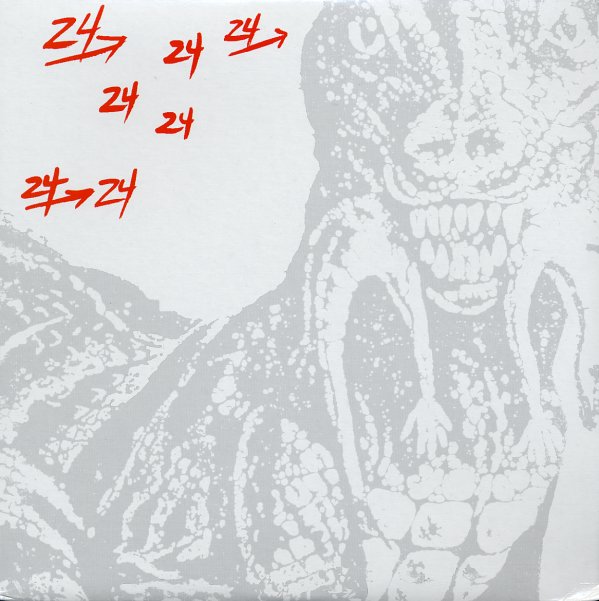 An incredible album from Dinosaur L – the legendary New York dancefloor project of Arthur Russell! – fleshed out and expanded more than ever before by Sleeping Bag and Get On Down Records! The group's core sound is a punky, funky, chunky amalgam of bass thumping, guitar riffing, keyboard filling, and sax honking – all very much in the spirit of Russell's best quirky club work of the time, but with the added sound here of a more expanded approach – one that takes the tunes in a whole new territory than the more famous 12" singles! The tracks on the original set were simply numbered – "1", "2", "3", and so on – and come across almost as free-jamming instrumentals – but this reissue appends the songs with their 12" titles, so "#1" gets parenthetically entitled "You're Gonna Be Clean On Your Bean" and "#5" as "Go Bang!", plus this disc adds several 12" versions that were not on the original LP release, like Francois K's mix of 'Go Bang!" and Larry Levan's mix of "In The Corn Belt". Totally great stuff – as experimental as it is funky! This 2CD box set edition is amazing – coming in a heavy-duty box with each disc in an oversized gatefold style sleeve – and it includes more Arthur Russell collaborative and/or pseudonymous material for Sleeping Bag with or as Bonzo Goes To Washington, Felix, Sounds Of JHS Brooklyn and Indian Ocean. Other tracks include "School Bell/Treehouse" (Indian Ocean), "You Can't Hold Me Down (Extended Version)" (Felix), "5 Minutes (R-r-r Radio Mix)" (Bonzo Goes To Washington) and more. Also includes a nice booklet of photos, artwork and artist testimonials – plus notes by Russell biographer Tim Lawrence.  © 1996-2022, Dusty Groove, Inc.

Black Ice
HDM, Late 70s. New Copy
CD...$6.99 15.98
A heavy groover from Black Ice – an old school harmony act at the core, but working here in a sweet clubby mode for the 70s! The approach is quite similar to the best group soul coming from Philly at the time – with some wicked upbeat numbers that step along beautifully – not ... CD