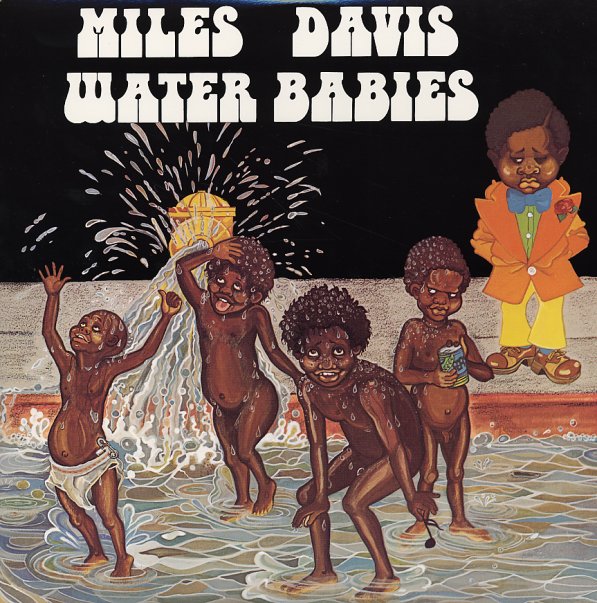 A much different album than you might expect from the cover – hardly the funky 70s set implied by the Big Fun-styled cover – and instead a lost slice of work from his groundbreaking late 60s years! The set was recorded in 1967, but unissued until Miles late 70s time away from the studio – hence the cover, which attempts to contemporanize the record – and the music is very much in the dark moods and sharp tones of Filles De Kilimanjaro, and features a somewhat similar group! The core quintet of Wayne Shorter on tenor, Herbie Hancock on piano, Ron Carter on bass, and Tony Williams on drums handles the first half of the set – but the group's then expanded to include Chick Corea on electric piano along with Herbie on keys – and Ron Carter steps out so that Dave Holland can bring some more modern tones to the bass. Tracks are all somewhat long, and titles include "Capricorn", "Water Babies", "Sweet Pea", and "Two Faced".  © 1996-2021, Dusty Groove, Inc.
(Original 70s pressing. Cover has a promo stamp.)