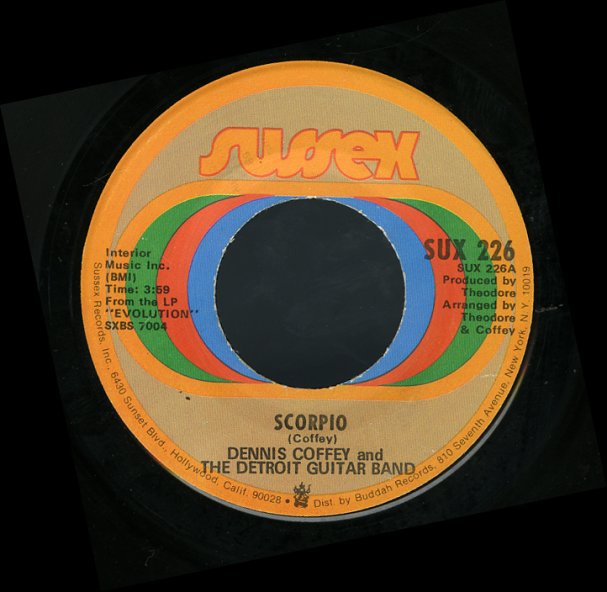 Dennis Coffey's classic breakbeat track, with an intro that's been sampled more times that we can count – and a groove that's much harder to find on wax these days than it should be! Excellent stuff, with a choppy hard guitar groove, tight drums, and a nice rumbling conga that runs throughout the track. Nice one!  © 1996-2021, Dusty Groove, Inc.
(Label has a small sticker.)