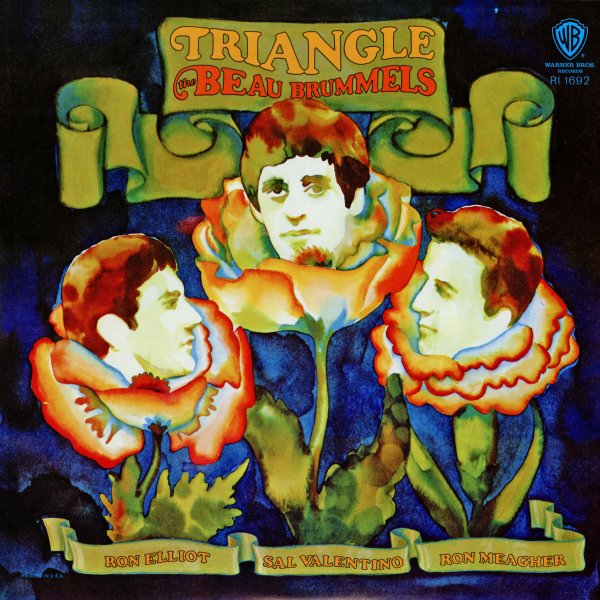 A tremendous album from The Beau Brummels – one of the lesser-remembered groups from the late 60s Warner hipster heyday! At some level, the group's a folk-rock outfit – with the left-of-center feel of some of Fred Neil's best work for Capitol, and a similar blend of east coast honesty and west coast mind expansion. The format here is remarkably simple, but handled with some nice touches by producer Lenny Waronker, who really brings a lot more out of the band than on their earlier indie recordings. Titles include "Are You Happy", "The Wolf Of Velvet Fortune", "The Keeper Of Time", "Only Dreaming Now", "Magic Hollow", "Painter Of Women", and "Triangle".  © 1996-2021, Dusty Groove, Inc.
(Gold label stereo pressing! Cover has a cutout hole, and some light water staining in a bottom corner – but is nice overall.)