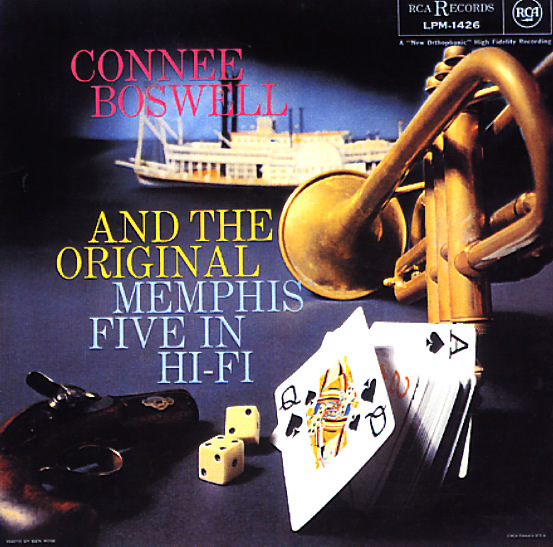 Trad swinging from Connee Boswell – working here outside of her famous group with her sisters, and getting some pretty nice small combo backing from the Original Memphis Five! The overall style hearkens back to a jazz mode a few decades before the late 50s date of the set – and the group recreates the mood nicely with clarinet from leader James Lytell, plus trumpet from Billy Butterfield, trombone from Miff Mole, and piano from Frank Signorelli. Titles include "All Of Me", "Singin The Blues", "Pagan Love Song", "When My Sugar Walks Down The Street", "Make Love To Me", and "My Honey's Loving Arms".  © 1996-2023, Dusty Groove, Inc.
(Mono pressing with deep groove, 1S stampers. Cover has light aging.)