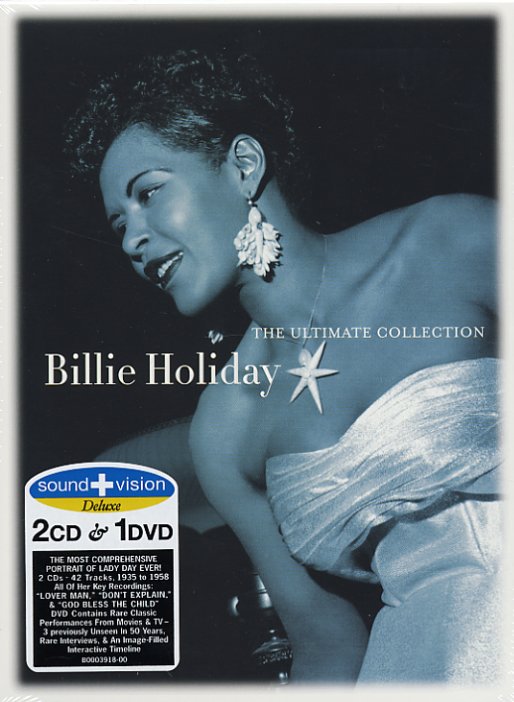 Way way more than a greatest hits collection from Billie Holiday – an overstuffed package that features lots and lots of extra bits too! The first 2 CDs in the set feature 42 tracks pulled from Billie's complete recording career – not just bits from Decca and Verve, but also Columbia, Commodore, and other labels. But let's be honest – you can usually track down Billie's hits in a variety of other, cheaper packages on the market. The real charm of this one is the bonus DVD, which features 10 classic performances by Billie taken from TV and film – of tunes that include "Saddest Tale", "The Blues Are Brewin", "Do You Know What It Means To Miss New Orleans", "St Louis Blues", "What A Little Moonlight Can Do", "Fine & Mellow", and "Billie's Blues". Plus, that DVD also features bonus audio performances of 5 more tracks, a 1955 audio rehearsal, a 1956 interview with Mike Wallace on Night Beat, and audio interviews with a number of players who worked with Billie in the 50s. Added to that is a complete recording history of Billie on record, and a timeline with hundreds of images and interactive features! So think of this as a DVD with loads of bonus bits – and one that just happens to include a 42 track, 2CD set of Billie's work on CD!  © 1996-2023, Dusty Groove, Inc.
(NTSC format, All Region DVD. All in excellent shape!)