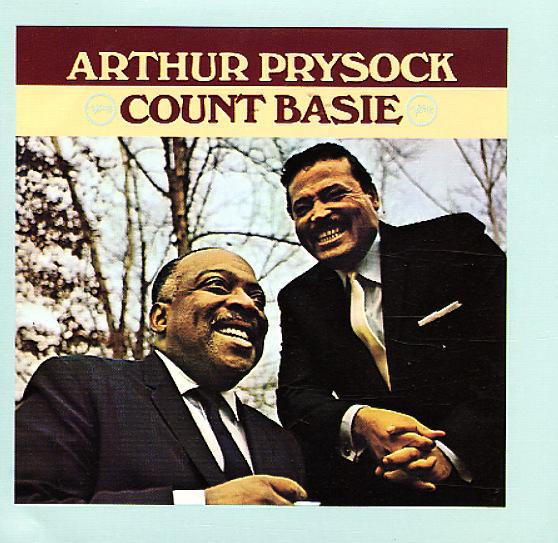 An incredible pairing of two important 60s talents – magnificent vocals from Arthur Prysock, and some of the best backings he ever received – thanks to Basie!  © 1996-2022, Dusty Groove, Inc.
(Mono MGM pressing. Cover has light wear and a stereo sticker.)

Time For Two
Verve, 1962. Near Mint-
LP...$24.99
A great little meeting of two of the better talents on Verve Records in the early 60s – one that pairs the warm vocals of Anita O'Day with the cool vibes of Cal Tjader – in a sweet little session that's actually one of O'Day's best from the time! The feel here is lively, and slightly ... LP, Vinyl record album

Ella In Berlin – Mack The Knife
Verve, Early 60s. Very Good+
LP...$19.99 (CD...$5.99)
Quite a popular live album from Ella – recorded in Berlin at the height of the cold war years – featuring a famous recording of "Mack The Knife" that almost blew away Bobby Darin's hit with the cut! The album's nicely free of some of the stodginess of some of Ella's Songbook ... LP, Vinyl record album

Johnny Mercer Songbook
Verve, 1964. Near Mint-
LP...$6.99
Arrangements from Nelson Riddle, groovy tunes from Johnny Mercer, and titles that include "Something's Gotta Give", "Midnight Sun", "When A Woman Loves A Man", "I Remember You", "Too Marvelous For Words", "This Time The Dream's On Me", and ... LP, Vinyl record album