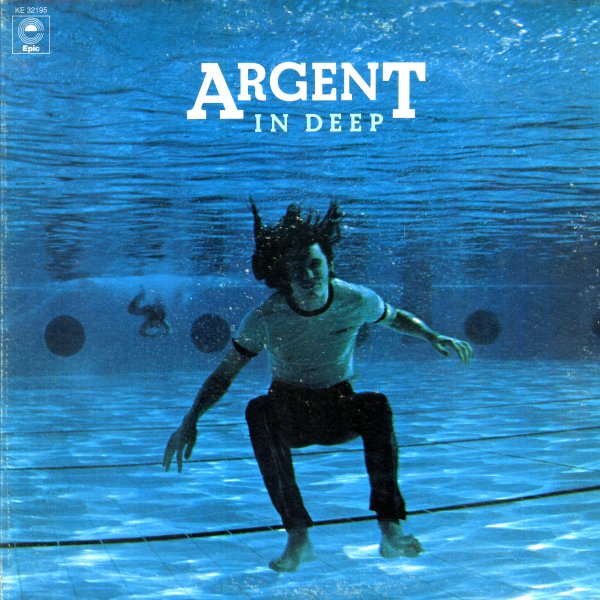 Rod Argent is deep into his solo career here – working with Russ Ballard on plenty of lead guitar and vocals, and getting production help from Chris White. Titles include "Candles On The River", "Rosie", "Christmas For The Free", "Losing Hold", "It's Only Money (parts 1 & 2)", and "Be Glad".  © 1996-2022, Dusty Groove, Inc.
(Orange label pressing. Cover has some waviness, light staining, ring wear.)

Combat Rock
Epic, 1982. Near Mint-
LP...$44.99
Sure, the cover's a bit dated – but the politics have stayed surprisingly strong over the years – as has the music as well! Keep in mind that The Clash were waging war in the Mideast years before Desert Storm – in this searing mix of London punk, rocksteady roots, and slight new ... LP, Vinyl record album

Tubular Bells
Virgin/Epic, 1973. Very Good+
LP...$11.99
Easily one of the most successful albums of the British jazz rock years – but still a longtime favorite of ours as well! Mike Oldfield sets a whole new standard here for concept rock – not only by working on a single album-length composition that spans all of sides one and two, but ... LP, Vinyl record album

Gift From A Flower To A Garden (2LP Box Set)
Epic, 1967. Near Mint- 2LP Box Set
LP...$29.99
One of the trippiest albums ever from Donovan, as you might guess from the title – a double-length gem that's filled with wonderfully groovy tunes! The set was cut during Donovan's killer years with producer Mickie Most in the late 60s – and it's got an instrumental feel that's even ... LP, Vinyl record album