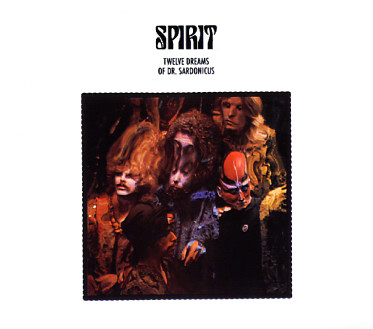 The crowning achievement of Spirit – a wonderful blend of many musical strands at once – and a set so successful for the group, you probably could have found in any college dorm room in the early 70s! The record's really a cut above for their generation – an expansive effort that hangs together with a bit of a concept, and which interweaves strands of rock, folk, and a bit of jazz – yet also a record that has a lot more polish than other efforts of its type, and which trades a bit of psychedelic indulgence for a tighter focus that really lets the best tunes sparkle wonderfully! Production is great – clear, but trippy at the same time – and Randy California's guitar work has never sounded better. Titles include "Nature's Way", "Animal Zoo", "Love Has Found A Way", "Mr Skin", "Soldier", "Street Worm", and "Space Child".  © 1996-2023, Dusty Groove, Inc.
(Yellow label pressing. Cover has surface wear and aging.)