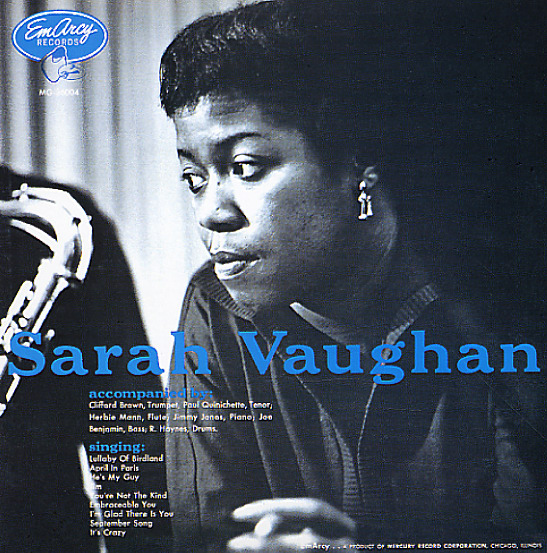 It's A Man's World
Mercury (Japan), 1967. Used
CD...$24.99
A pretty obscure Sarah Vaughn album – and a nice one! The album's got Sarah singing with arrangements by Hal Mooney, who'd done work for her before in a more standard way, and who here is opening up a bit, at times almost hitting a groovy late 60s mode. Players in the group include Bob ... CD

For You, For Me, For Evermore
EmArcy, 1956. Used
CD...$6.99
Produced by Bob Shad and arranged by Richard Hayman. Features Hank Jones on piano and Al Ciaola on guitar. Titles include "For You For Me For Evermore", "In The Wee Small Hours", "I'll String Along With You", "Delovely", and "Down In The Depths". CD