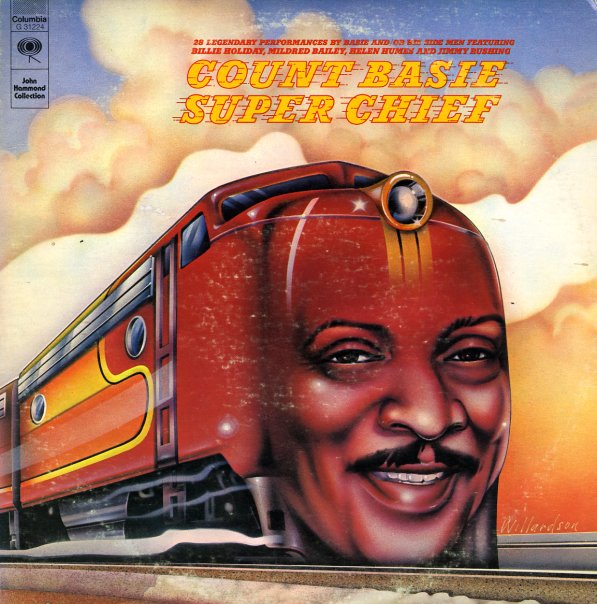 A collection of 28 early Basie recordings for Vocalion, Columbia, and Brunswick labels, plus unissued masters! Includes work with the orchestras of Mildred Bailey, Harry James, Glenn Hardman, Teddy Wilson, plus the Basie orchestra, with vocals by Billie Holiday, Helen Humes, and Jimmy Rushing.  © 1996-2021, Dusty Groove, Inc.
(70s issue. Cover has a small promo sticker on back.)