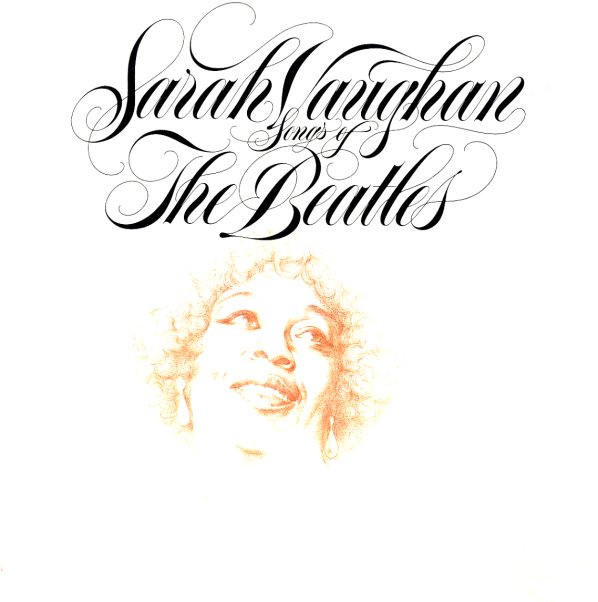 Songs Of The Beatles

Pop Artistry
Mercury, 1965. Very Good+
LP...$6.99
A sweet little album that serves up exactly what it promises in the title – a set of 60s pop tunes, all reworked by the jazz vocal artistry of Sarah Vaughan! The set's one of the most upbeat and bouncy that Vaguhan cut during the decade – and although you might know some of the tunes ... LP, Vinyl record album

Duke Ellington Songbook Vol 1
Pablo, 1979. Near Mint-
LP...$7.99
Sarah Vaughan takes on the work of Duke Ellington – almost presented here in a style that's similar to some of the Songbook albums on Verve from the 50s! Billy Byers handles most of the arrangements here – especially on the larger group numbers – but some tracks are also in a ... LP, Vinyl record album

Divine One
Roulette, 1960. Near Mint-
LP...$5.99
Sarah Vaughan definitely earns her divine nickname here – singing sublimely here in a warmly jazzy setting from her early years at Roulette Records! The style's a nice extension of Vaughan's best sides at Mercury – and is almost a nice back-to-basics approach, the kind of reminder that ... LP, Vinyl record album

Dreamy
Roulette, Early 60s. Near Mint-
LP...$4.99
A perfect title for a perfect album from Sarah Vaughan – one of those wonderful dates from the singer's second chapter of her career – a time when she was finding newly sophisticated ways to spin out her songs! The music here is arranged by Jimmy Jones – who makes things lush, ... LP, Vinyl record album

Send In The Clowns
Mainstream, 1974. Near Mint-
LP...$1.99 2.99
The cover's a bit goofy, but the album's a standout in the 70s career of Sarah Vaughan – one of those sets in which she tried out newer, more contemporary material – and found that both her voice and the new style of arranging were a surprisingly good fit! Vaughan has help here from ... LP, Vinyl record album