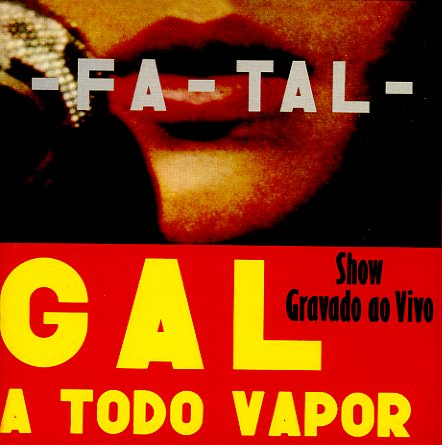 An incredible live album from Gal Costa – one that's easily as great as any of her studio albums from the time! But unlike the studio albums, the style here is quite spare and intimate – a very personal presentation of Gal's music, recorded in a way that has her starting out nearly solo at the start, then adding in band members as the concert rolls on. The first portion of the performance mostly features acoustic guitar and Gal's vocals – in a style that's a bit like late 60s Nara Leao or Maria Bethania – but the second half gets more electric, often with some trippier Tropicalia touches! Titles include "Falsa Baiana", "Coracao Vagabundo", "Como 2 e 2", "Hotel Das Estrelas", "Mal Secreto", "Assum Preto", "Antonico", "Sua Estupidez", "Fruta Gogoia", and "Perola Negro".  © 1996-2022, Dusty Groove, Inc.
(Out of print.)

Barra 69
Polygram (Brazil), 1969. Used
CD...$16.99
A seminal live set that brings together two giants of the Tropicalia scene – Caetano Veloso and Gilberto Gil, recorded here in a rough-edged performance from 1969! The format has the artists alternating songs throughout the set, then coming together for a duet at the end – and the ... CD

Edu Lobo Por Edu Lobo
Elenco/Polygram (Brazil), 1965. Used
CD...$6.99 9.99
One of the greatest early albums from Edu Lobo – a groundbreaking set that has Lobo's vocals and guitar backed with sublime sounds from the Tamba Trio! As on their own records, the Tamba Trio harmonize wonderfully – letting Edu's vocals take the lead, but supporting him with those ... CD