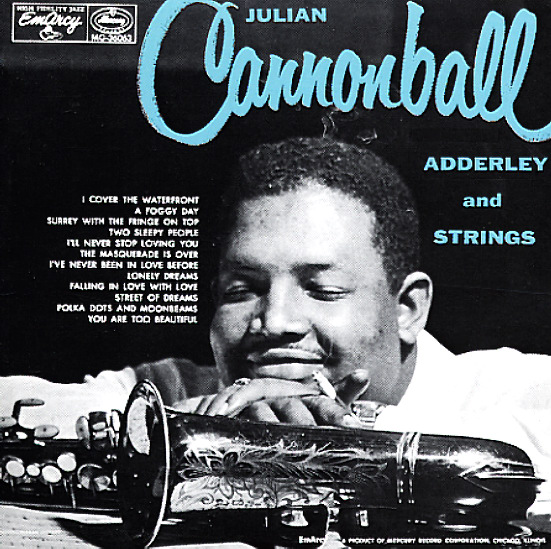 An early album that features Adderley's beautifully edgey alto sliding nicely through a set of standards conducted by Richard Hayman. The album's not as strikingly emotive as other Verve "with strings"outings – such as the Charlie Parker & Strings sessions – but it is a great platform for the youthful Cannonball to do more than wail in a soul jazz kind of way, and it unlocks a much more thoughtful, introspective side of his playing not usually heard on record. A nice divergence from the usual – with titles that include "I Cover The Waterfront", "Two Sleepy People", "I'll Never Stop Loving You", and "Street Of Dreams".  © 1996-2022, Dusty Groove, Inc.
(Blue label Mercury pressing with deep groove – nice and clean overall. Cover has some peeling of the laminate near the top and side edge, common for this release.)