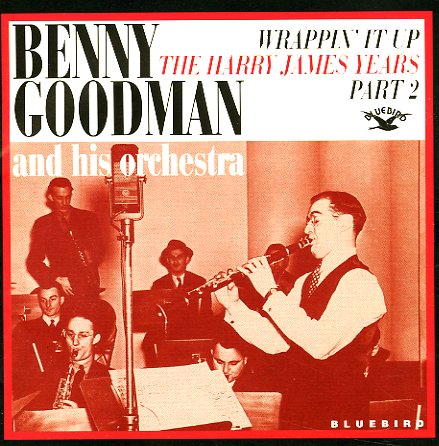 Wrappin' It Up – The Harry James Years Part 2

Features Lester Young and Bud Freeman on tenor, Freddie Green on guitar, and arrangements by Fletcher Henderson.  © 1996-2021, Dusty Groove, Inc.
(Out of print. Booklet has a small promo sticker in one corner, barcode has a cutout hole.)