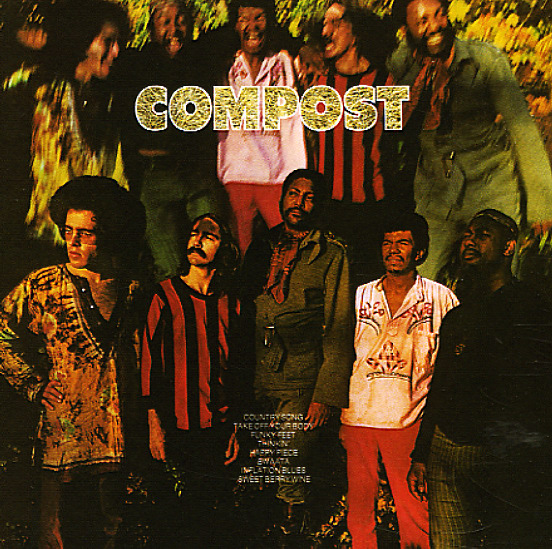 Rare funky fusion from Compost! This excellent session by the short-lived group is also definitely up there on the list of stellar fusiony sets that have been too long overlooked. Many of the tracks have a nice hard angular sound to them, with a fusion break sound similar to some of the European albums of the same period, but with a lot more warmth. Bob Moses sings vocals on some cuts, but the strong point of the record is the instrumental grooving. The group includes Harold Vick on reeds, Moses on drums, Jumma Santos on percussion, and Jack DeJohnette on keyboards. Tracks include "Funky Feet", "Thinkin'", "Sweet Berry Wine", "Happy Piece", "Inflamation Blues" and "Bwaata".  © 1996-2022, Dusty Groove, Inc.