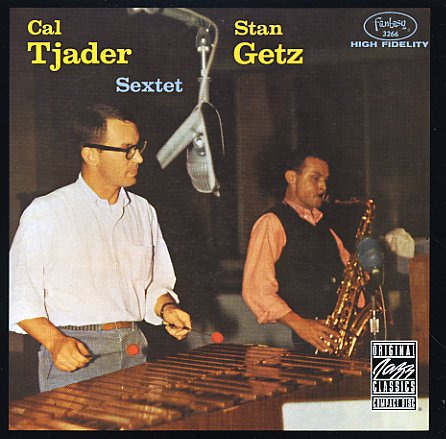 A killer record from the late 50s – and one that hints at all the sides Stan would take in later years – his bossa sides, his vibes quartet with Gary Burton, and the playful lyricism of his recordings with Chick Corea. The set was recorded in San Francisco, when Stan had that great bassist Scott LaFaro in his group, and when he was brought into the studio by Fantasy to meet with local talents like Cal Tjader, Eddie Duran, and Vince Guaraldi. Billy Higgins is also added on drums, giving the set a lively songlike sound that's just great. The group works incredibly well together, and it's a shame they only really gelled for this rare non-Verve session. Titles include "Big Bear", "Crow's Nest", "Liz-Anne", and "Ginza Samba".  © 1996-2022, Dusty Groove, Inc.
(Out of print OJC pressing.)