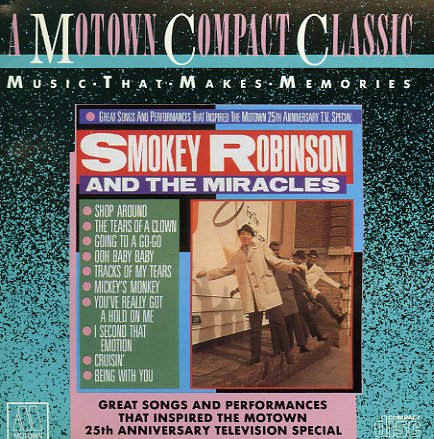 Who would have thought it? Smokey's great career at Motown was just designed to be inspiration for a TV Special! Who cares, though? The set's still got some of his biggest hits for Motown, if you can get past the title – and tracks include "Mickey's Monkey", "Being With You", "I Second That Emotion", "Shop Around", "Tears Of A Clown", and "Tracks Of My Tears".  © 1996-2022, Dusty Groove, Inc.
(Out of print.)