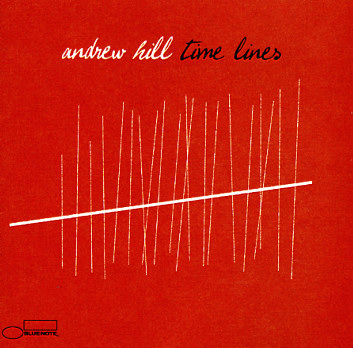 A bold return to Blue Note for pianist Andrew Hill – his first record for the label in over 15 years, and a record that echoes with the modern tones of Hill's legendary Blue Note run in the 60s! The sound here is a bit more starkly modern and obtuse – done with more of a sense of space than Hill's tenser 60s recordings, in a way that's almost a more contemplative reflection of the "new thing" ideal. All tracks are originals, and Andrew is working with a quintet that includes Charles Tolliver on trumpet, Greg Tardy on tenor and bass clarinet, John Hebert on bass, and Eric McPherson on drums. Hill and Tolliver seem to dominate the record, though – musing gently, but starkly on their respective instruments – on a set of tracks that includes "Malachi", "Time Lines", "Smooth", "Whitsuntide", and "For Emilio".  © 1996-2023, Dusty Groove, Inc.

Hustlin' (RVG remaster edition)
Blue Note, 1964. Used
CD...$8.99 (LP...$14.99)
One of Stanley Turrentine's few organ-based sessions for Blue Note – recorded in the company of his wife Shirley Scott, a real cooker on the Hammond who holds it down masterfully here – and great band that's filled out by Kenny Burrell on guitar, Bob Cranshaw on bass and Otis Finch on ... CD