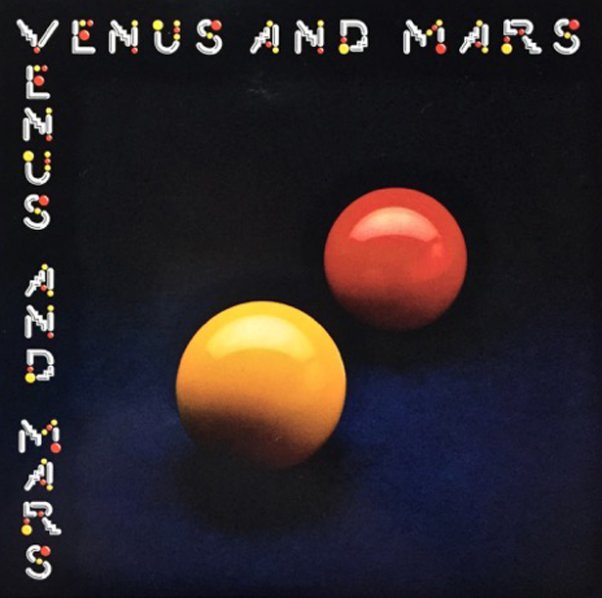 Maybe the greatest moment ever from Paul McCartney & Wings – a set that features killer hits and lesser-known gems – all woven into a fantastic 70s sonic tapestry! The production and presentation of the record are wonderful – the whole thing was virtually a pop art piece when it came out – and Paul's got a way of both being intimate and charming, and helping push the whole group with soaring energy that really made them huge at the time. The album's got great production – and also features guest work from Allen Toussaint, Tom Scott, and Dave Mason. Side one is a non-stop flow of pop genius – woven from the tunes "Venus & Mars", "Rock Show", "Love In Song", "You Cgave Me The Answer", "Magneto & Titanium Man", and "Letting Go" – and side two follows up with so many great surprises – including "Treat Her Gently Lonely Old People", "Medicine Jar", "Spirits Of Ancient Egypt", and "Listen To What The Man Said".  © 1996-2022, Dusty Groove, Inc.
(Includes the heavy inner sleeve and one of the stickers. Cover has light wear.)

Don't Say No
Capitol, 1981. Near Mint-
LP...$24.99
A big one from Billy – with a few tasty guitar/drum moments that have kept the album strong in our hearts longer than we might have thought when it first came out! Titles include "The Stroke", "In The Dark", "My Kinda Lover", "I Need You", "Don't ... LP, Vinyl record album