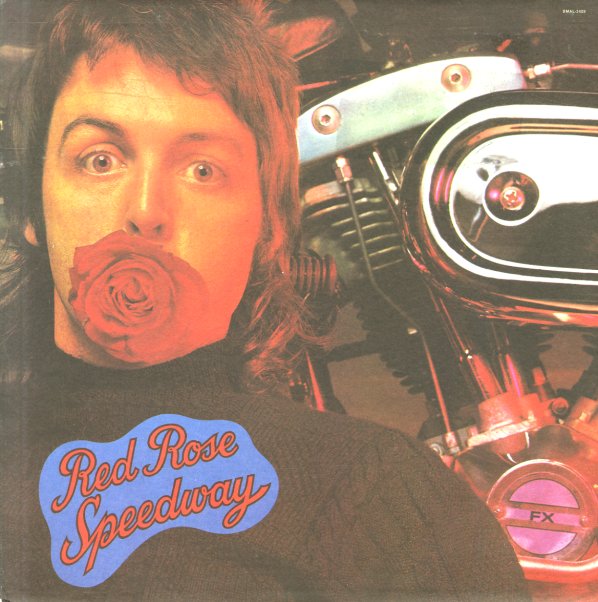 (Original US pressing with Sterling stamp, in the braille cover with booklet. Cover has a hype sticker & light wear.)

Revolver
Apple/EMI, 1966. Very Good+
LP...$34.99 (LP...$27.99)
Maybe our favorite Beatles album ever – a key set that bridges the catchiness of the early years and the sharper ideas of later albums – with a slightly sinister undercurrent that really keeps things fresh! The album's got some great early psych in spots, offset with wonderfully mature ... LP, Vinyl record album

Plastic Ono Band
Apple, 1970. Very Good+
LP...$24.99
The first true proper solo album by John Lennon – recorded after a few non-Beatles records with Yoko Ono, and at the same time as Yoko's much wilder album with a similar title! This one, though, is John at his best – very personal and exposed, in similar territory to Paul McCartney on ... LP, Vinyl record album

Sgt Pepper's Lonely Hearts Club Band
Capitol/Apple, 1967. Very Good+ Gatefold
LP...$29.99
Hard to deny the lasting power of this crucial album from The Beatles – a set that unleashed some of their trippiest sounds and most tender moments too! The mix of wit and honesty is wonderful – and the sonic range is dynamic as the archetypal cover image – a package that's had ... LP, Vinyl record album

Rock N Roll
Apple, 1975. Near Mint-
LP...$16.99
John Lennon revisits the rock and roll canon after years of emotionally charged solo material – a move that was partially imposed by legal necessity, but got even more messed up from there – culminating a solid, set of pure Rock N Roll in '75! Includes sessions produced by Lennon in ... LP, Vinyl record album