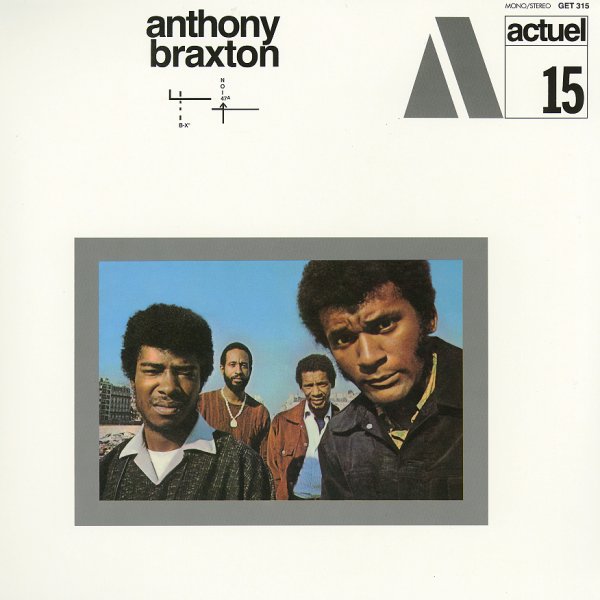 One of Anthony Braxton's great records for BYG, and like the other one, a very cool session that has Braxton playing in a vibe that shows his AACM roots much more clearly than a lot of other sessions! He's playing here with a number of other Chicago expatriates – including Leo Smith on trumpet, Steve McCall on percussion, and Leroy Jenkins on violin – and between them, the four players handle a huge amount of string, reed, percussion, and keyboard instruments, switching off and on in a warmly experimental sound that characterizes the best work of the Chicago avant garde from the time. Tracks include "The Light On the Dalta", "Simple Like", and one of Braxton's weird symbol compositions. Ironically, this French session from the late 60s still stands as one of the best ways to witness the budding Chicago genius of the AACM!  © 1996-2021, Dusty Groove, Inc.
(Out of print.)