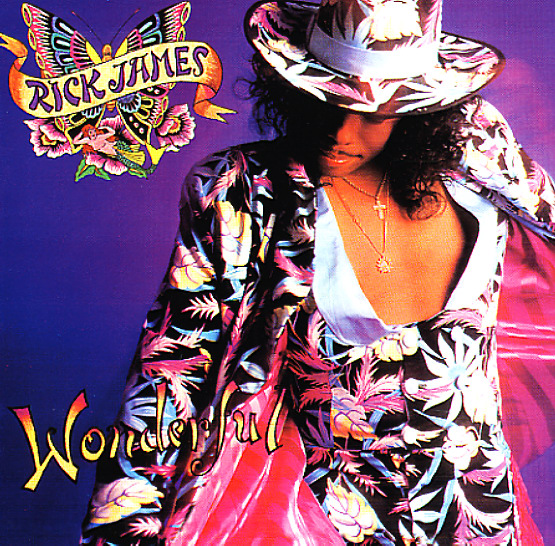 Rick James makes the move away from Motown here – heading over to Warner/Reprise, in the Prince side of the spectrum – along with a cover image that has him wearing a paisley costume on top of a purple background – in a way that could well make the buyer think that Rick's working with Prince! But despite these Prince-like trappings (which also include some more Purple Rain-ish costumes on the inside cover), Rick's still writing, producing, and arranging himself – hitting a groove that clearly inspired by the success of his Paisley Park competition, but which is also kind of a natural extension of the Rick James funk sound into the end of the 80s. Roxanne Shante and Big Daddy Kane make some guest appearances on the album – and titles include "Loosey's Rap", "Hypnotize", "I Believe In U", "In The Girl's Room", "Sherry Baby", "Love's Fire", "Wonderful", "So Tight", and "Sexual Luv Affair".  © 1996-2021, Dusty Groove, Inc.
(Booklet has some light wear.)