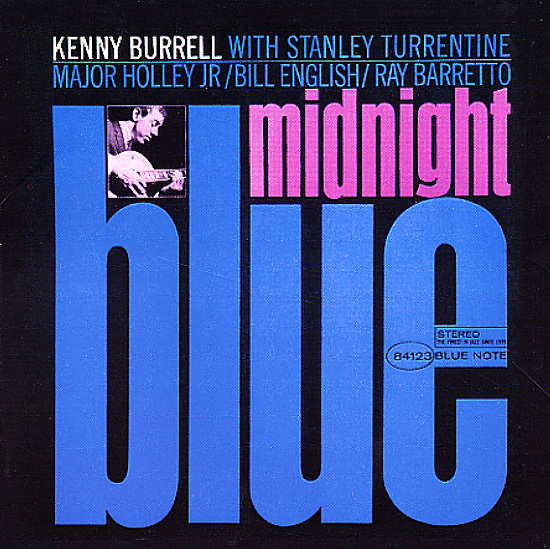 Great great stuff – and for some folks, THE album by Kenny Burrell! This classic set features the guitarist in a quintet with Stanley Turrentine on tenor, Major Holly on bass, Bill English on drums, and the great Ray Barretto on conga – a really great lineup that sparkles with soulful imagination, and moves with a very rhythmic groove – thanks to Ray's extra percussion contribution on the bottom! Burrell's guitar somehow seems a bit harder and grittier than ever – and titles include the classic groover "Chittlins Con Carne", an early jazz dance classic – plus "Soul Lament", "Wavy Gravy", and "Mule".  © 1996-2020, Dusty Groove, Inc.
(BMG Direct pressing.)

Generation Ago Today
Verve/Universal (Japan), 1967. Used
CD...$14.99
A really sweet little album from guitarist Kenny Burrell – one in which he takes older tunes ("a generation ago"), and updates them with a sweetly compressed Verve 60s groove ("today"!) The record features 2 small groups – one with Ron Carter on bass, Grady Tate on ... CD

Jazzmen Detroit
Savoy/Nippon (Japan), 1956. Used
CD...$9.99
One of the first albums from guitarist Kenny Burrell as a leader – a date that has him working with players from his hometown scene in Detroit – in case you couldn't guess from the title! Kenny's style here is a bit different than on the Blue Note dates of the time – almost a bit ... CD

Introducing Kenny Burrell (Japanese pressing)
Blue Note (Japan), 1956. Used
CD...$11.99
Arguably one of the greatest Kenny Burrell albums ever! Unlike some of Kenny's other sessions, which hide his guitar in arrangements that are a bit too complicated – this one's a nicely stripped-down album that sets his hollow electric in a group with Tommy Flanagan on piano, Paul Chambers ... CD