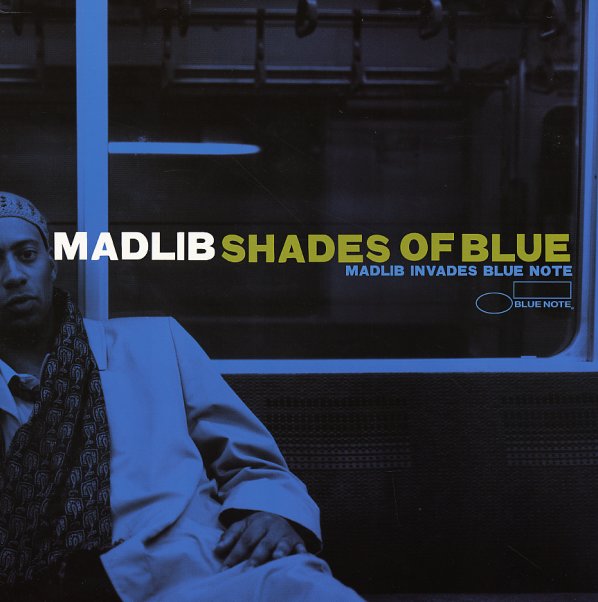 Madlib invades Blue Note! He gets free reign of the catalog for this mix of sampler genius and live band interpretations, too, as/with Ahmad Miller, Yesterdays New Quintet, Malcolm Catto, Medaphoar, and others from the Stones Throw camp. This one's truly a conceptual triumph, if there ever was such a thing – one of the greatest hip hop producers alive, given carte blanche with the source beats of the century! Madlib's Blue Note crates are heavily weighed in the mid 60s through mid 70s electric beats that often get the shaft in mainstream jazz round-ups, but floor the beathead world into overdrive. Re-interpretations, remixes, and revisions are spliced seamlessly with the source samples, creating a whole new world where hip hop and late model live funk not only co-exists with classic Blue Note jazz, but it actually draws a linear transition between the 2 genius art forms. Beautiful stuff – if the album isn't the most original idea to come along all of these years into the hip hop & jazz underground, it's certainly one of the most perfectly realized projects of its kind, ever! It's one for the time capsule – easily one of Madlib's masterpieces, and pure funky sample wizardry by any standard! Includes Monk Higgins' "Slim's Return" interpreted by Ahmad Miller and DJ Lord Such on cuts, "Donald Byrd's "Distant Land", "Ronnie Foster's "Mystic Bounce", Yesterday's New Quintet's adaptation of Wayne Shorter's "Footprints", Madlib Invazion's "Funky Blue Note", the Joe McDuphrey Experience take on Horace Silver's/Herbie Hancock's "Peace/Dolphin Dance" and lots more.  © 1996-2021, Dusty Groove, Inc.