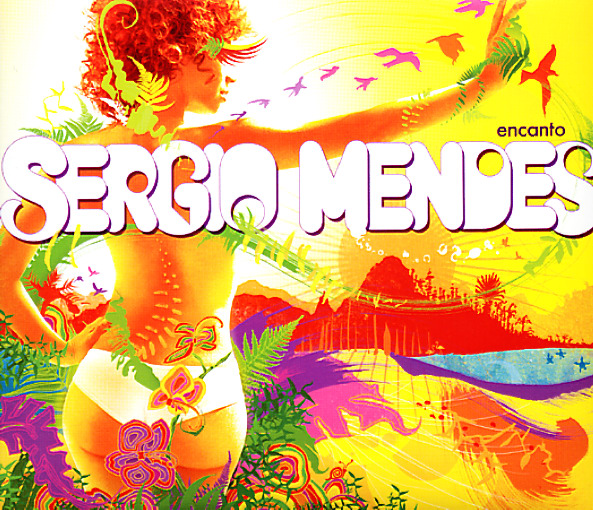 An all-star effort from Sergio Mendes – one that follows nicely on the comeback energy of his previous Timeless set! Like that one, this album has Mendes dipping heavily into contemporary soul modes – picking up a bit of R&B, bits of hip hop, and bits of a few other styles – then folding them back into music from his Brazilian roots! The blend is almost a 21st Century update of the mix of soul and bossa that Sergio forged in the 70s after his initial Brasil 66 work on these shorts – and the balance struck here is surprisingly strong – possibly even better than the sound of Timeless. Guests include Will I Am, Siedah Garrett, Ledisi, Carlinhos Brown, Vanessa Da Mata, Gracinha Leporace, Natalie Cole, and Lani Hall – and titles include "Catavento", "Morning In Rio", "The Look Of Love", "Dreamer", "Lugar Comum", "Odo-Ya", "Waters Of March", and "Funky Bahia".  © 1996-2022, Dusty Groove, Inc.
(Mark through barcode.)

Portraits
Adventure Music, 2010. Used
CD...$5.99
Lovely work from guitarist Marcos Amorim – light, lyrical, and filled with gentle dips and turns – a really great blend of Brazilian and American acoustic sensibilities! The music's not exactly jazz, yet has plenty of jazzy inflections – and the overall sound is warm and laidback ... CD

Raros Compassos Vol 3
Revivendo (Brazil), Late 50s/Early 60s. Used
CD...$16.99
A secret treasure that includes 25 rare Jobim tracks – most of them recorded by other singers, and most of them pretty darn obscure! Given the amount of Jobim rehash material that's been on the market since his death, we're extra happy to see a set like this that pushes the envelope a bit ... CD

Wanda Sa Ao Vivo (Brazilian pressing)
Biscoito Fino (Brazil), 2014. Used
CD...$4.99
Some of the coolest, most compelling work we've heard in years from Wanda Sa – a very spare, stripped-down session that really gets back to the roots of her music from the 60s! Wanda Sa has been reviving her bossa sound for the past decade or more, but most of those recordings often have a ... CD