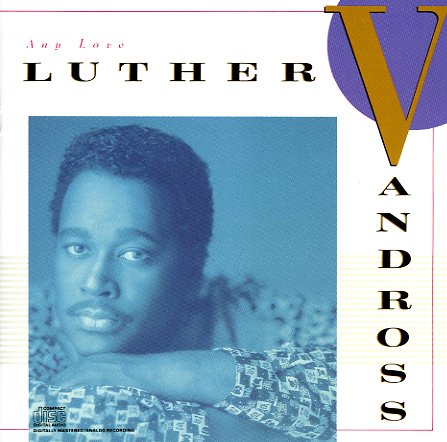 Lean, clean work from Luther Vandross – an album of gentle grooves and warmly romantic tones – offered up as part of Luther's hit run in the 80s! The sound is quite electric at times, but Vandross' vocals provide enough human warmth to offset the beats and keyboards – and given that Marcus Miller's usually guiding the latter, there's still an undercurrent of humanity that goes beyond the usual commercial backing tracks of the time. Titles include "Any Love", "Come Back", "I Know You Want To", "I Wonder", "For You To Love", and "The Second Time Around".  © 1996-2021, Dusty Groove, Inc.
(Includes the printed inner sleeve. Cover has a partially unglued bottom seam, a name in pen on the front and a promo stamp on the back.)