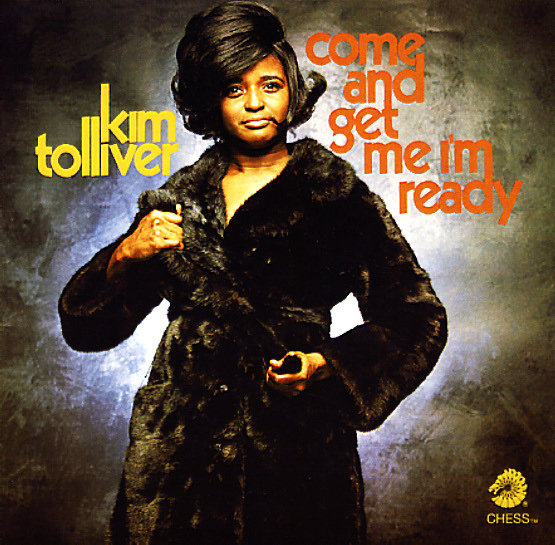 One of the deepest soul records ever issued by Chess Records – and the album wasn't even done in Chicago! The album's the only full effort issued under the name of Kim Tolliver – a singer who'd worked previously for Fantasy as Kimberley Briggs – and it's a sublime effort from Tolliver and husband Fred Briggs, who'd worked together previously on work for Stax by Margie Joseph! The style here is quite unique – a mix of Kim's southern soul-styled vocals with some fuller, richer touches – almost in the same way that Gloria Scott comes across on her classic album with Barry White – but a bit more rough around the edges overall. The production is amazing – with a great sense of space and style – and some key use of echo that really underscores the emotion of the tunes. A good part of the album was recorded in Miami – with echoes of the TK modes of the time – but other recording was also done in Cleveland, which might account for the more unique aspects of the set. Regardless of location, though, the album's a tremendously individual effort – a bold, raw statement from Tolliver – filled with emotion that few of her contemporaries could match, and free of any crossover soul cliches that were really bogging down other artists at the time. Most tracks here are original – as original in conception as the sound of the record – and titles include "The Other Side Of Town", "The Way He Used To", "She Don't Know You Like I Do", "Takin A Woman's Stand", "I'm Losing The Feeling", "Learn To Get Along Without You", and "I Need You/Drop Whatever You're Doing".  © 1996-2022, Dusty Groove, Inc.