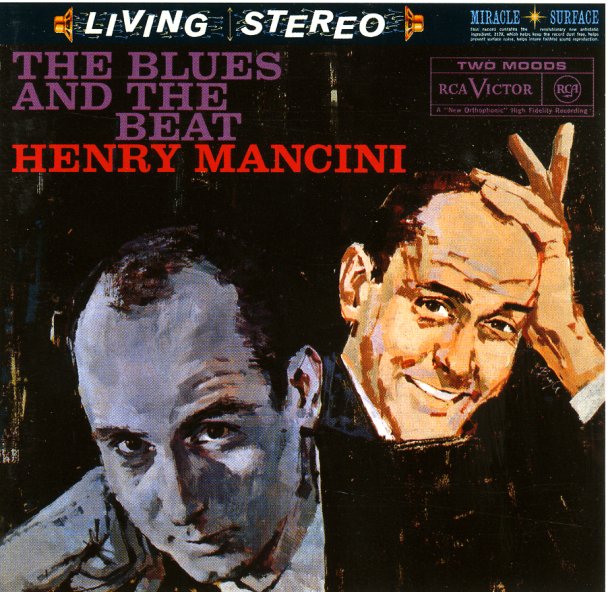 This is a pretty jazzy record compared to the usual Mancini soundtrack-type stuff. It's mostly mellow the whole way through and has some very nice moments due to the quality of the playing. His orchestra includes such folks as Pete Condoli on trumpet, Dick Nash on trombone, Johnny Williams on piano, Victor Feldman on vibes & marimba and Larry Bunker on vibes. There is only one Mancini original – "The Beat" – and the others are jazz standards such as "Misty", "After Hours", "Mood Indigo", "Tippin In", "Sing, Sing, Sing", and "Big Noise From Winnetka".  © 1996-2022, Dusty Groove, Inc.
(Mono pressing with 1s/1s stampers. Cover has some wear.)