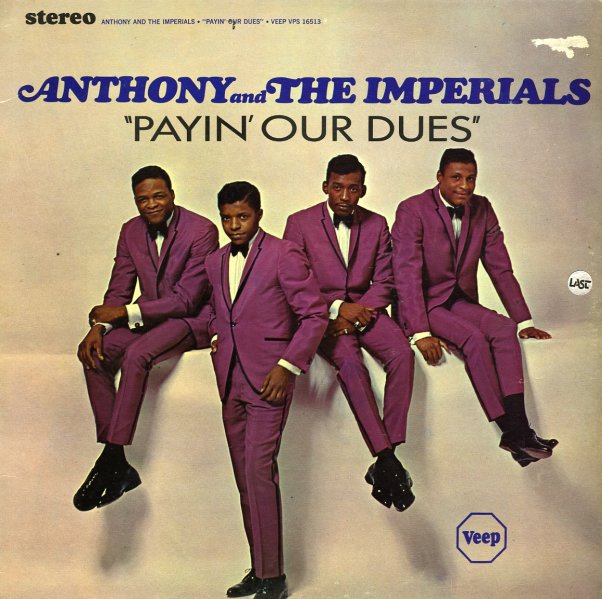 Sublime uptown soul from Anthony & The Imperials – here working without the "Little" in their name, which is a good indication of the nature of the material! The tracks are all wonderfully composed original numbers from Teddy Randazzo – who also arranged and produced the set, in the hip New York sophistisoul mode of his best 60s work. Titles include "Better Use Your Head", plus "Call Me The Joker", "Lost Without You", "Your Own Little World", "Gonna Fix You Good", "The Wonder Of It All", and "You Better Take It Easy Baby".  © 1996-2022, Dusty Groove, Inc.
(Mono pressing with Bell Sound stamp. Cover has light wear.)

Drowning In the Sea Of Love
Spring, 1972. Very Good+
LP...$3.99
A big one for Joe – and a marked shift after his southern soul recordings of earlier years. For this one, Joe got on the Philly train early, and hired Gamble & Huff to put the whole thing together with a tight smooth soul groove. The group's got greats like Norman Harris, Vince Montana, ... LP, Vinyl record album

Dizzy Atmosphere
Specialty, Late 50s. Near Mint-
LP...$29.99
A really classic session – one that features an all-star lineup of players who were in the Dizzy Gillespie band of the mid 50s – stepping out here in a smaller group on their own for a one-off date on the Specialty Records label! Specialty normally recorded R&B at the time, but ... LP, Vinyl record album