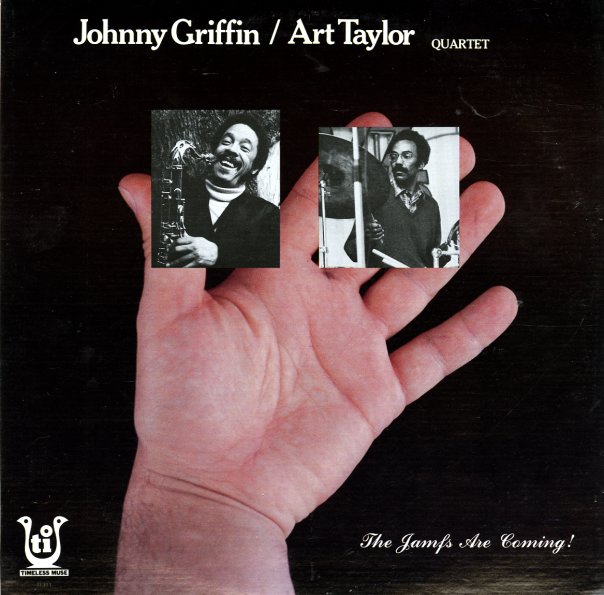 The Jamfs are definitely coming on this one – as Johnny Griffin opens up into some of his most badass soloing of the 70s, caught here in an open-ended European styled mode! The album really features only 2 long tracks – recorded in the Cafe Montmartre style that Dexter Gordon used most famously at the time, but which Griffin also got a chance at as well, often with even more dynamic results. The group here features Art Taylor on drums, Rein De Graaff on piano, and either Henk Haverhoek or Koos Serierse on bass – and titles include "The Jamfs Are Coming/Wee Dot" and "All The Things You Are" – each taking up one side of the record!  © 1996-2023, Dusty Groove, Inc.

Vim & Vigor
Timeless (Netherlands), 1983. Near Mint-
LP...$11.99 (CD...$12.99)
Some of the best work that Louis Hayes and Joe Farrell cut during the 80s – a freewheeling and open session that's steep on soul, and filled with the best energy both players could muster! The group's a quartet, with Farrell on tenor, soprano, and flute, Hayes on drums, Rob Van Den Broeck on ... LP, Vinyl record album

In My Prime Vol 2
Timeless, 1978. Very Good+
LP...$16.99
You gotta love the confidence in Blakey's title for this one – because even in the late 70s, over 20 years since starting the Jazz Messengers, he was still very much in his prime! The album has him working with a wonderful group that includes Bobby Watson, Curtis Fuller, David Schnitter, and ... LP, Vinyl record album