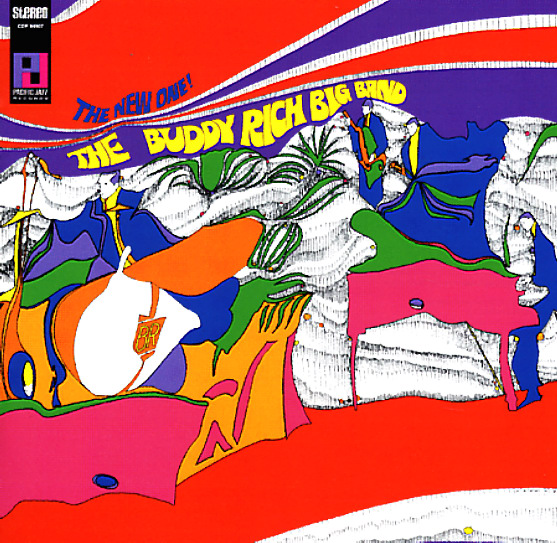 Very hard-burning work from Buddy's hip band of the mid 60s – a large ensemble, but one that features searing horn parts that cut through the bigger arrangements with ease! Buddy really had an ear for tuning power with personality at this point in his career – and although the group comes on with the raging energy that's every bit the Rich calling card in the 60s, they also more than make their individual voices known. Ernie Watts, Jay Corre, and Charles Owens all provide excellent contributions to the set – and titles include "Standing Up In A Hammock", "Luv", "Something For Willie", "Group Shot", "The Rotten Kid", and "New Blues".  © 1996-2021, Dusty Groove, Inc.
(Cover has light wear.)

Lighthouse '69
Pacific Jazz, 1969. Sealed Gatefold
LP...$29.99
Damn, these cats never stopped! Even though the Crusaders made a number of albums at the Lighthouse over the years – they were all pretty darn great, and they featured the band playing some of their best work on records in the 60s! This excellent set mixes funk and soul jazz – in the ... LP, Vinyl record album

Cy Touff – His Octet & Quintet
Pacific Jazz, 1955. Very Good
LP...$14.99
A seminal bit of west coast cool jazz from the mid 50s – a session led by Cy Touff, a lesser-remembered player from the LA scene, and an instrumentalist who used a bass trumpet! Cy's working here in the company of a host of more familiar names – including Richie Kamuca, Russ Freeman, ... LP, Vinyl record album