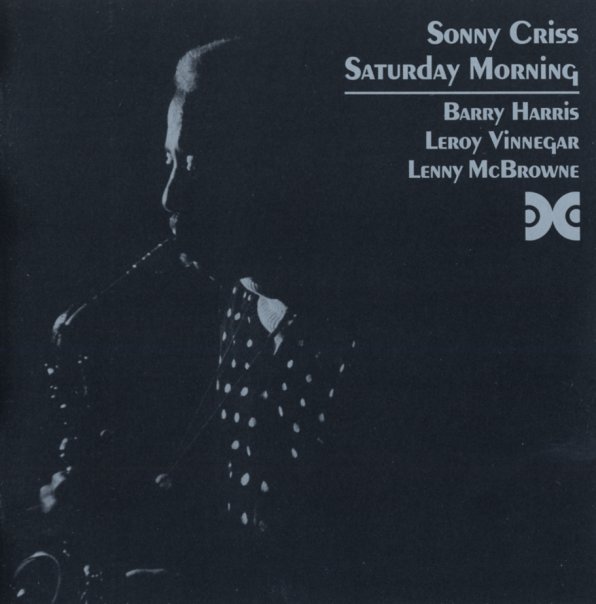 A beautiful album from the wonderful reedman Sonny Criss – one of the first albums in his brief stretch of return to recording in the late 70s – and quite possibly the best! Criss has a sound that's completely amazing, right from the start – every bit as sharp toned as in his early years on Imperial, and as full of all the imagination as on his sides for Prestige – but with much deeper feeling, too – this sense of pain and life that makes even the simplest notes extremely powerful – blowing us away like few others players could do with such understated brilliance. The whole thing's perfect – maybe even more so than the Prestige recordings – and backing is by Barry Harris on piano, Leroy Vinnegar on bass, and Lenny McBrowne on drums – a really wonderful group! Titles include the amazing "Saturday Morning" – a track that will really make you fall in love with Sonny all over again – plus "Angel Eyes", "Tin Tin Deo", "Jeannie's Knees", "My Heart Stood Still", and "Until The Real Thing Comes Along".  © 1996-2021, Dusty Groove, Inc.

Conversation
RCA, 1974. Near Mint-
LP...$3.99
An excellent session cut during a stretch when the Candoli/Rosolino team were doing some of their best work – playing in Europe with a number of hip backup groups. This set features an Italian trio of Franco D'Andrea on piano, Giovanni Tomasso on bass, and Gege Munari on drums. Tracks ... LP, Vinyl record album

Bethlehem Years (aka Daddy Plays The Horn)
Bethlehem, 1955. Sealed
LP...$9.99
One of Dexter Gordon's proudest moments of the 50s – a rock-solid session for Bethlehem – easily one of the best-remembered hardbop sides from the label's California years! The album's got a relaxed, free-blown sound that's quite nice – with Dex in the lead on tenor, supported by ... LP, Vinyl record album