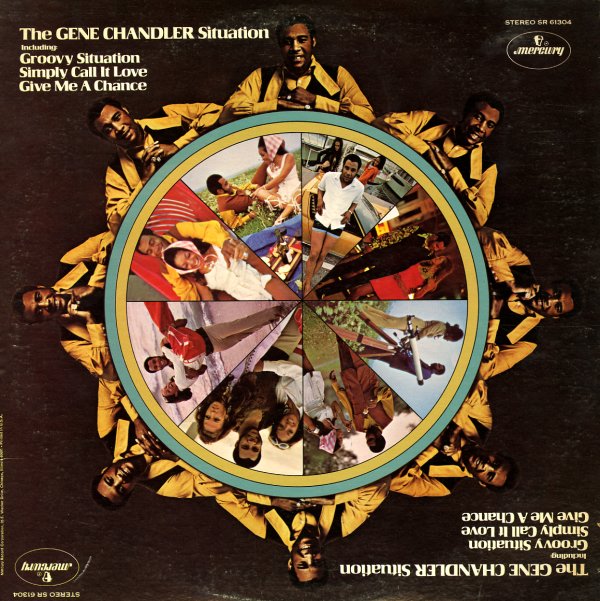 Killer stuff from Gene! After recording a few sadly overlooked albums for Brunwsick, Gene hit big big big with this killer record on Mercury! The record virtually defines the Chicago soul sound of the late 60s – with arrangements by Tom Tom, production by Gene, and a great loping soul groove – but the best part of all is Gene, who's an amazing singer with a maturity that stretches years beyond his earlier hits, and which put him in a camp with the best of his generation. The songwriting is excellent throughout, with a great mix of uptempo numbers and heartbreakingly personal ones. Titles include "Groovy Situation", "Simply Call It Love", "Not The Marrying Kind", "Give Me a Chance", and "Hey, Little Angel".  © 1996-2023, Dusty Groove, Inc.
(Cover has a split top seam, center split on bottom seam, light surface wear.)

Delegation
Mercury, 1980. Near Mint-
LP...$11.99
A sweet bouncy groover – one of the rare albums of modern soul cut by the group Delegation! The group in this incarnation are a trio – Ray Patterson, Ricky Bailey, and Bruce Dunbar on vocals – stripped-down harmonically, a perfect fit for the album's groove-heavy arrangements. ... LP, Vinyl record album

Love We Have
Mercury, 1973. Near Mint- Gatefold
LP...$6.99
Duets between Jerry Butler and Brenda Lee Eager – done as serious, adult oriented soul tracks, one side of the album in an optimistic "The Love We Have" setting, the other in a sadder "The Love We Had" setting – both of them handled in a mode that's far far different ... LP, Vinyl record album

All About Esther Phillips
Mercury, 1978. Near Mint-
LP...$7.99
A sweet 70s Wayne Henderson-produced set – quite a different groove for Esther, thanks to Henderson's warm jazzy inflections! The record's got a bit of club in the mix, but also has a deeper feel, too – a vibe that references Esther's work in jazz, but points her voice in a whole new ... LP, Vinyl record album