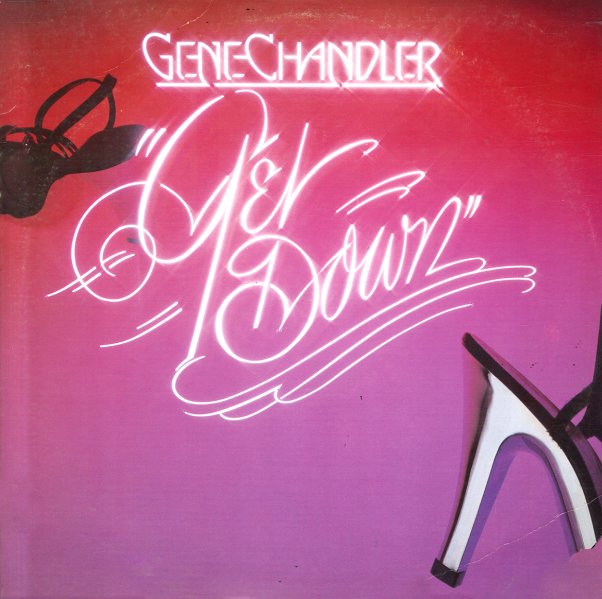 The legendary Gene Chandler gets down, and gets down good – in this classic late 70s set of clubby numbers and upbeat groovers! The set's one of the best moments on the Chi-Soul series from producer Carl Davis – and features a nicely evolved version of earlier Chicago soul modes from Tom Tom 84 and Sonny Sanders – both of whom push an older Brunswick style into some smoother, more sophisticated modern soul territory! Chandler's vocals are wonderful, as always – and have a catchy snapping feel on the groovers, mixed with surprisingly deep soul on the few mellower moments. Titles include a remake of "Please Sunrise", plus "I'm The Travelin Kind", "Get Down", "Tomorrow I May Not Feel The Same", "Greatest Love Ever Known", and "What Now".  © 1996-2023, Dusty Groove, Inc.
(Cover has minimal edge wear.)

Sweet Sensation
20th Century, 1980. Very Good+
LP...$5.99
Stephanie Mills in fine formation here – working with the team of James Mtume and Reggie Lucas, who helped the lady reach the heights of her career in the early 80s! The sound here is catchy and contemporary, but hardly ever too commercial – just relaxed and grooving, in a mode that ... LP, Vinyl record album

Stephanie
20th Century, 1981. Near Mint- Gatefold
LP...$6.99
Another winner from Stephanie Mills and the hitmaking team of Reggie Lucas and Mtume – two musical partners who really helped Mills find her groove! The sound here is classic mainstream soul from the start of the 80s – upbeat and catchy, but without any of the too-clunky commercial ... LP, Vinyl record album

Eleventh Hour's Greatest Hits
20th Century, 1974. Very Good+
LP...$6.99
Eleventh Hour were a Bob Crewe studio project that had a hard rockin soul feel, with lots of flanged out falsetto vocals, and some bassy bits in between in sort of an early rock/funk kind of way. Sort of an AM crossover mid-70s sound, and one that's not really stone cold funky, but which still ... LP, Vinyl record album

Feeling Good
Chi Sound, 1976. Very Good+
LP...$0.99 1.99
The first of six "comeback" albums that this great Chicago soul singer cut during his second wave of recording during the late 70s! Walter had originally done some amazing work with the great Carl Davis at the Okeh label during the mid 60s – and this album marks a return to their ... LP, Vinyl record album

Together Brothers – Original Soundtrack
20th Century, 1974. Very Good+
LP...$11.99 19.99
A stunner of a soundtrack from the maestro Barry White – his only entry into the blacksploitation film genre of the 70s, and a complete doozy throughout! For the album, Barry's stripped down the bigger space of his own records, and his Love Unlimited productions – into some shorter ... LP, Vinyl record album