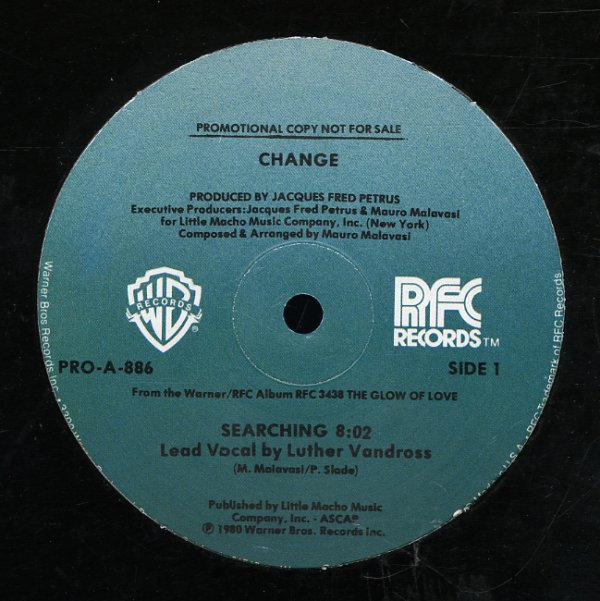 "Searching" may well be the group's biggest hit – a quirky bit of pop that steps along nicely with vocals by Luther Vandross – but still sparkles years later with a great hook! "Angel In My Pocket" is a bit more conventional club – fuller and more in a disco mode, with female vocals that soar over the top in club diva style!  © 1996-2021, Dusty Groove, Inc.
(Promo in a Warner sleeve.)