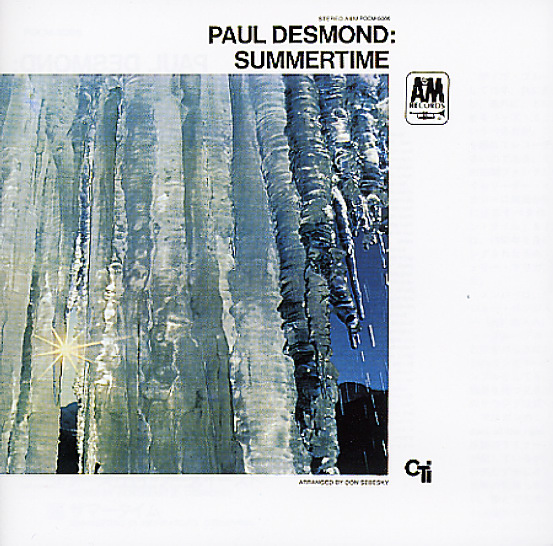 A perfect complement to Paul's other early CTI album – From The Hot Afternoon – and like that one, this album's a swirling match of tracks that mix together bossa rhythms, jazzy orchestrations, and Desmond's impeccably sharp alto sax. Don Sebesky handled the arrangements, giving the album a slightly more moody sound than the other CTI set – and players include Airto, Mike Maineri, Ron Carter, Herbie Hancock, and Idris Muhammad (as Leo Morris). Titles include "North By Northwest", "Olvidar", "Samba With Some Barbeque", "Where Is Love?", and "Lady In Cement".  © 1996-2022, Dusty Groove, Inc.
(Silver label pressing. Cover has light wear.)

Feels So Good
A&M, 1977. Very Good+
LP...$3.99
A fantastic record – a set that's the crowning 70s achievement of Chuck Mangione! Mangione was the master of the smooth line on flugelhorn – and he really shines on the album's title track – done here at almost 10 minutes in length, with a great mellow intro, and a vibe that's ... LP, Vinyl record album

Chase The Clouds Away
A&M, 1975. Sealed
LP...$6.99
A great one from that period when Chuck Mangione was mixing his sublime flugelhorn sound with some well-crafted larger ideas – served up with a core combo that features Chuck on Fender Rhodes as well as his horn, plus Chip Jackson on bass, Joe LaBarbera on drums, and Gerry Niewood on soprano, ... LP, Vinyl record album