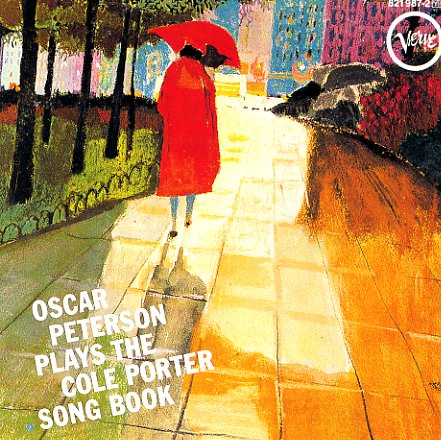 Also available
Oscar Peterson — Oscar Peterson Plays The Cole Porter Song Book ... CD 2.99
Cole Porter's tunes are great enough on their own, but Oscar really opens them up on this set – picking up the inherent rhythms in the numbers and really working them over – in a way that makes the outing one of the most lively in Peterson's songbook series for Verve! Oscar's fluid touch on the keys is perfect throughout – taking lots of chances, but always strongly following the melody – and rhythm accompaniment is from the usual team of Ray Brown on bass and Ed Thigpen on drums. Titles include "In The Still Of The Night", "Love For Sale", "It's All Right With Me", "Just One Of Those Things", "Night & Day", "It's De-Lovely", and "I Love Paris".  © 1996-2022, Dusty Groove, Inc.
(Stereo Verve Records Inc pressing with deep groove. Cover has lightly bent corners, a mostly split top seam, a name in pen on the back and partially split bottom seam.)