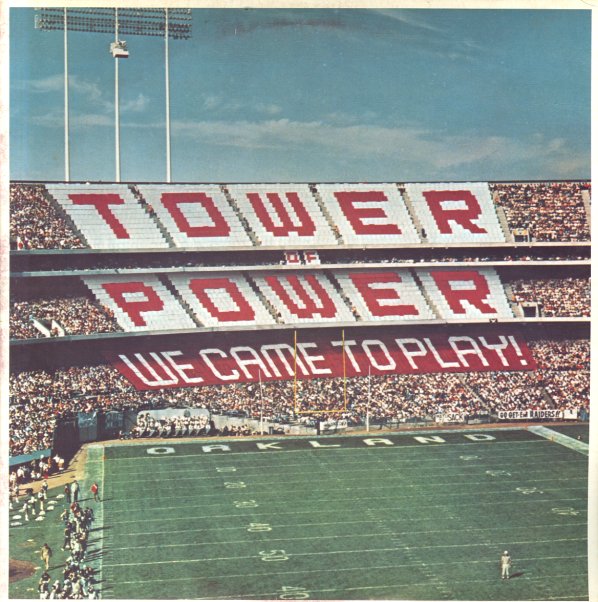 Tight funky work from Tower of Power – produced here by Steve Cropper, but sounding a lot more like Average White Band than on earlier albums – with a great mix of mainstream funk and warmer, mellow cuts! The group takes advantage of the studio work to let the best funky sides of their instrumentation come to the forefront, and the record's got plenty of great keyboard and guitar riffing, and some well-miked drums that have a nice jazzy flourish on the best cuts. Vocals are a bit weak – but hey, once Lenny Williams left the group, what were they going to do? Titles include "We Came To Play", "Ying Yang Thang", "Let Me Touch You", "Share My Life", "Bittersweet Soul Music", and "Love Bug".  © 1996-2021, Dusty Groove, Inc.
(Includes the printed inner sleeve.)