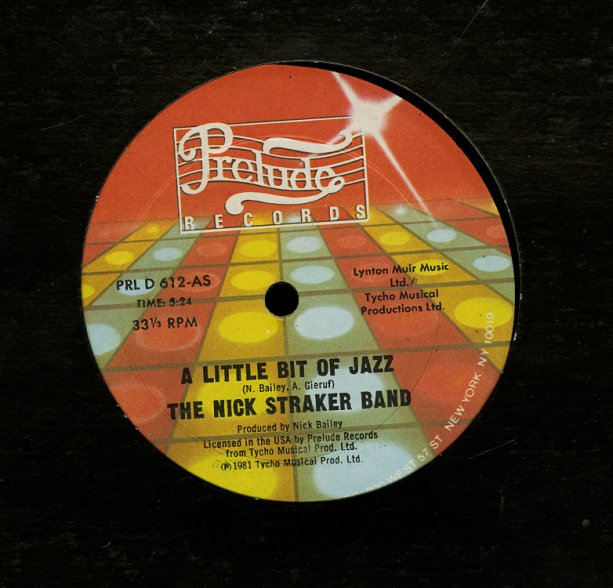 A classic early 80s groover by Nick Straker – not really as jazzy as you'd expect, but with some nice piano work that hints at use of the instrument in later house singles. "Space Age" is more of an electro track – with vocoded vocals and lots of keyboards.  © 1996-2022, Dusty Groove, Inc.
(In a Prelude sleeve, with a lightly stained and wavy corner and some stuck-on paper at the bottom right.)