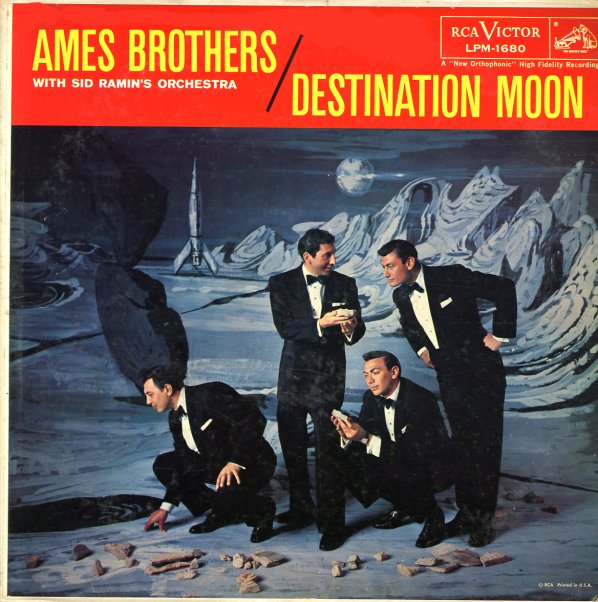 Easily the greatest album ever by the Ames Brothers – from the fantastic space age cover, right down to the excellent arrangements from Sid Ramin! The whole thing's done in a swinging hi fi sort of mode – one that really pulls a heck of a lot of range out of the vocals! Tunes dip and turn and soar with all the whimsicality you'd expect from the album's moon scene cover – with a great assortment of space-themed tunes that include "Destination Moon", "No Moon At All", "I'm Shooting High", "East Of The Sun", "Stella By Starlight", "Music From Out Of Space", and "The Starlit Hour".  © 1996-2023, Dusty Groove, Inc.
(Mono pressing with deep groove, 1S/1S stampers! Cover has light wear and aging, spot of pen writing at the top.)