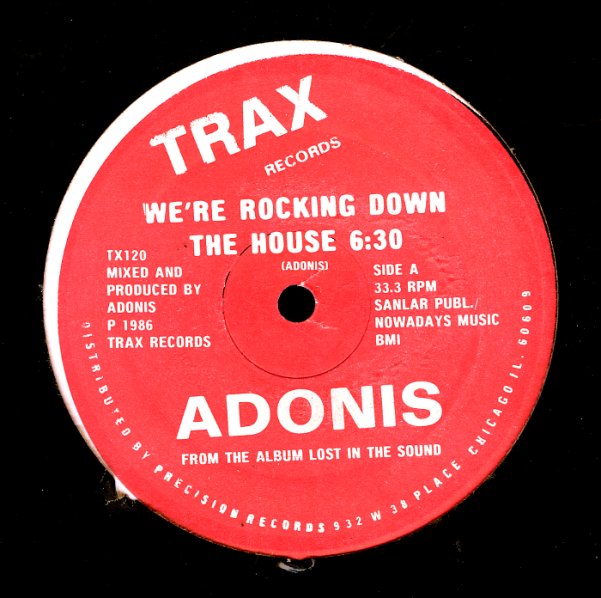 We're Rocking Down The House/WRDT House (down break, inst)

Another great Trax single from Adonis, not quite as Acid sounding as "No Way Out", but a catchy groove nonetheless. You've got to love those 909 handclaps!  © 1996-2020, Dusty Groove, Inc.