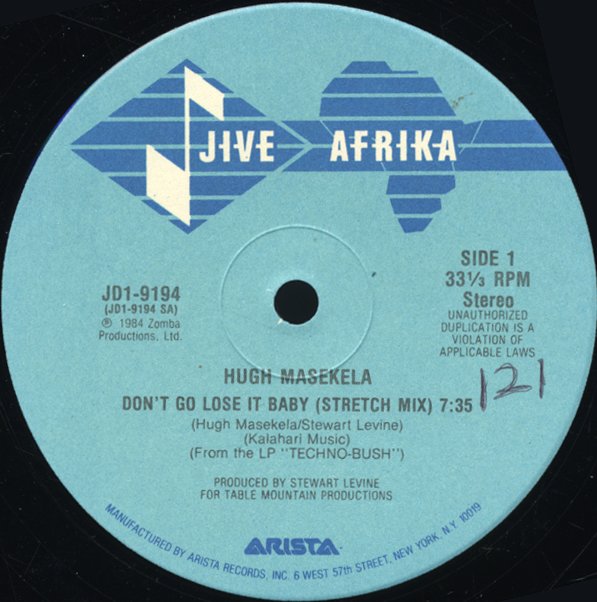 Hugh Masekela's never been shy of the soul charts, and he made a nice dent with this excellent discofied jam, with the catchy chorus, and surprisingly little horn peaking through the percussion heavy mix.  © 1996-2022, Dusty Groove, Inc.
(In a Jive Sleeve.)