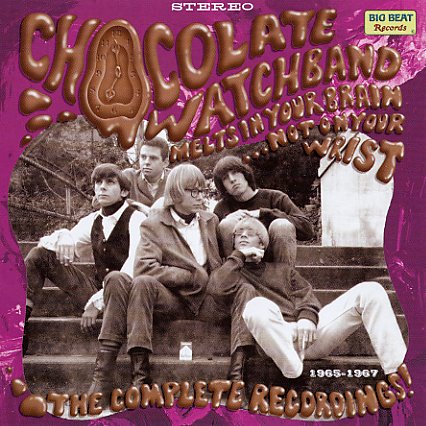 Throw away all of your other 60s psychedelic albums – because with this massive 2CD set, you'll hardly need them! The Chocolate Watchband were one of the key groups of the California scene of the 60s – a hard-rocking outfit that emerged in the garagey psyche years, and worked in the same south bay scene as Count Five and Syndicate Of Sound. Yet unlike either of those bands, Chocolate Watchband never scored as big on the charts – and also had a harder, rougher, edgier sound that showed what a young group could really do when given the space. There's a Stones-like sense of power here – especially on the rougher, blusier numbers – but also a Love-like sense of tightness and desire to hone the power of the guitar into a key force for the youth of the 60s. And although the group's discography has been slightly mysterious for years, this 2CD set more than corrects any problems – by offering up the full scope of the group's work – including singles on the Uptown and Hanna Barbera labels, material from their Tower LPs, later unissued cuts – and full notes on everything, including those studio sessions that didn't always feature all the members of the group. 43 tracks in all – with amazing notes, photos, and details on the music!  © 1996-2023, Dusty Groove, Inc.