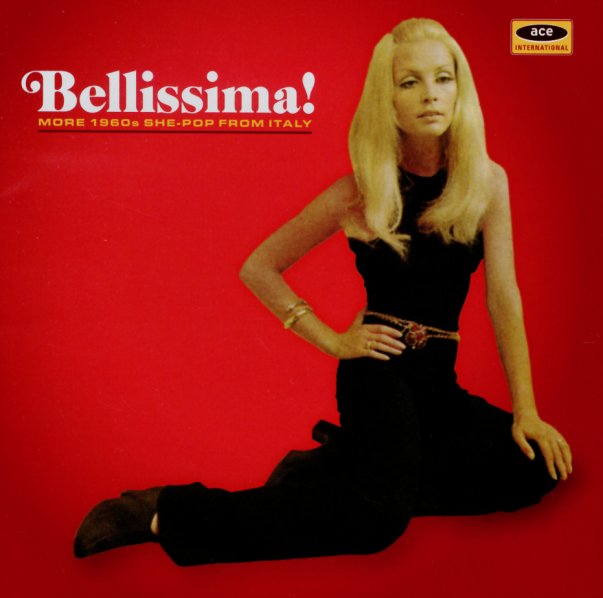 Very cool sounds from the 60s scene in Italy – music that's clearly inspired by the best British female pop of the period, and also a bit by Detroit soul – with maybe just a touch of French "yeh yeh" modes thrown in for good measure! Yet because the sounds come from a scene that was also reinventing the sound of movies with its studio genius, there's also a really special vibe going on here – in part because the music often features contributions from soundtrack and sound library maestros – including Nora Orlandi, Berto Pisano, Alessandro Alessandroni, Bruno Nicolai, and others – who put these tunes together with a wonderfully spacious, wonderfully creative vibe – which really helps take them past their basic musical influences. The set list is every bit as well-chosen as the Ace Records collections of 60s French female pop – and titles include "Il Beat Cos'E" by La Ragazza, "Cartoline" by Mina, "Le Ragazze Semplici" by Orietta Berti, "E Proprio Inutile" by Meri Marabini, "Coccodrillo" by Ornella Vanoni, "Se Mi Vuoi Mi Vuoi" by Catherine Spaak, "Il Treno" by Rita Pavone, "A Me Piace Lui" by Vibeke, "Come Ti Vorrei" by Iva Zanicchi, "Tamburino Ciao" by Milva, "Zero In Amore" by Gigliola Cinquetti, "Il Paradiso" by Patty Pravo, and "Una Stanza Vuota" by Lisa Gastoni.  © 1996-2023, Dusty Groove, Inc.