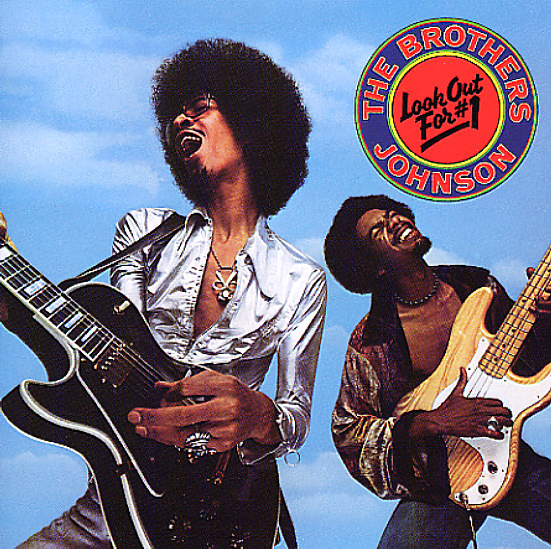 An all-star soul affair produced by Quincy Jones, and featuring the talents of studio greats like Harvey Mason, Billy Cobham, Toots Thielmans, Dave Grusin, Lee Ritenour, and many others – not to mention the Brothers themselves! We'll be honest, though, in saying that we really think it's the great jazzy backing and the tight arrangements by Quincy that make this record so great. The Brothers' bass and vocal work is fine – but it's the non-bass instrumental moments that really make this album great, as you'll hear on cuts like the moog-heavy "Tomorrow", or the timbales/keyboard/flute groover "Thunder Thumbs & Lightnin Licks". Great stuff if you dig mid 70s work by Q – and featuring the tracks "I'll Be Good To You", "Land Of Ladies", "Free & Single", "Get The Funk Out Ma Face", and "The Devil".  © 1996-2022, Dusty Groove, Inc.
(Includes the printed inner sleeve. Cover has light wear and a partially unglued bottom seam.)