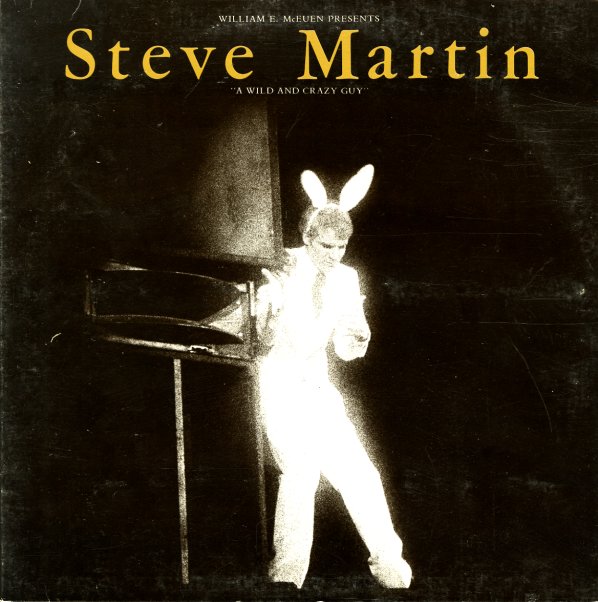 Steve Martin at the height of his powers – when he was hitting on all burners with his TV specials, nightclub appearances, and radio airplay. The album's big selling point was the single "King Tut" – Martin's ridiculous tribute to the late great pharaoh, whose treasures were touring America in the late 70s. Other routines include "I'm Feelin It", "College", "Creativity In Action", "An Expose", and his popular "A Wild & Crazy Guy".  © 1996-2022, Dusty Groove, Inc.
(Cover has a cutout hole and light wear.)

Jimmy Durante's Way Of Life
Warner, Early 60s. Very Good
LP...$4.99
A record that really gets at the melancholy side of Jimmy Durante – thanks to great orchestrations from Gordon Jenkins! LP, Vinyl record album