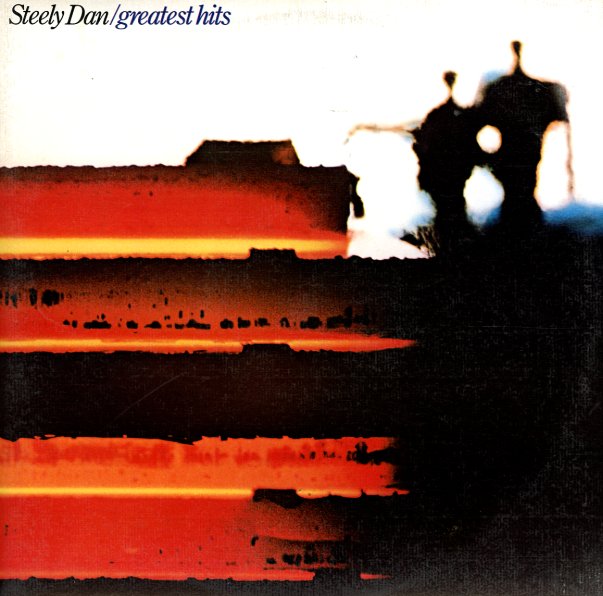 We've always considered Steely Dan one of the quintessential 70s "Album Oriented Rock" bands, in that all of there albums work so well as a whole, so the idea of a greatest hits collection doesn't exactly work for us. Still, taken out of context, these songs are still gems, and listening to them in sequence really lets you hear the groups progression from their intellectual rock roots to their later sophisticated jazz influenced style. 18 tracks in all: "Do It Again", "Reeling InThe Years", "My Old School", "Bodhisattva", "Show Biz Kids", "East St Louis Toodle Oo", "Rikki Don't Lose That Number", "Pretzel Logic", "Any Major Dude", "Here At The Western World", "Black Friday", "Bad Sneakers", "Doctor Wu", "Haitian Divorce", "Kid Charlemagne", "The Fez", "Peg" and "Josie".  © 1996-2022, Dusty Groove, Inc.
(Yellow label pressing with Masterdisk stamp, in the textured cover. Includes the printed inner sleeves. Cover has some surface wear and an unglued seam held by clear tape.)

Aja (Original Master Recording)
Mobile Fidelity/ABC, 1977. Very Good+ Gatefold
LP...$129.99
An undisputed masterpiece, and a record we never tire of hearing – unabashedly the inspiration for our years of jazzy exploration as adults, even though it was probably the closest thing we ever got to the genre as wee lads! Walter Becker & Donald Fagan raise their already-high bar to ... LP, Vinyl record album

Can't Buy A Thrill
ABC, 1972. Very Good
LP...$29.99
The first album from Steely Dan, and a really nice chapter in their career – one that's maybe a bit less iconic than the late 70s records, but in a way that really keeps things interesting! There's definitely less jazz and polish than on the later albums – but already, the group are ... LP, Vinyl record album